It looks like you're new here. If you want to get involved, click one of these buttons!

TD Sequential is a technical indicator for stock trading developed by Thomas R. DeMark in the 1990s. It uses bar plot of stocks to generate trading signals. The recognition of a buy signal involves three steps. Step one is the identification of a bear flip, where a bar whose close is higher than that of four bars earlier appears, followed by a bar whose close is lower than the close four bars prior. Step two involves counting 9 consecutive bars, each close lower than the close four bars prior. The third step, called countdown stage, is optional, which requires the trader to count 13 close prices lower than the low price two minutes earlier before entering a long position.

Several elements could be modified in this strategy. Whether to include the countdown stage, the choice of the number of bars in the setup stage and countdown stage, the parameters that help to decide when to exit and the size of the trade will affect strategy performance. In addition, we could use information other than price to decide whether the signal should be traded.

Part II is a comparison of the strategy performance by adjusting the aforementioned elements. Part III discusses the effect of adding Bloomberg’s social sentiment data to support trade decisions. For simplicity and control of variable purposes, all tests used AAPL one-minute bar data, and the time range of backtests was the first half of the year 2016.

The base strategy does not execute the countdown stage, which means a long position will be traded as soon as the setup stage is complete. Constant values are set for stop limit and stop loss (15 cents above and 30 cents below the entry price). Positions will be closed out before market close regardless of price levels. Trade size is set to be constant at 100.

Below is a brief summary of the performance of the base strategy in the first six months of the year 2016. All calculations include commission fees.

Fig. 1. PnL of Base Strategy 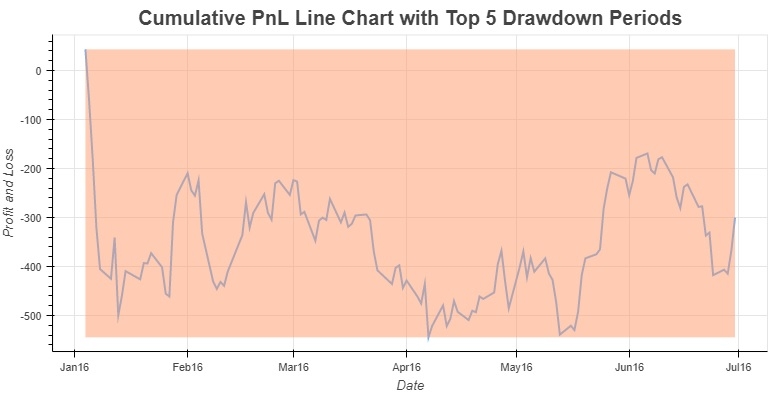 Fig. 2. Return Distribution of Base Strategy 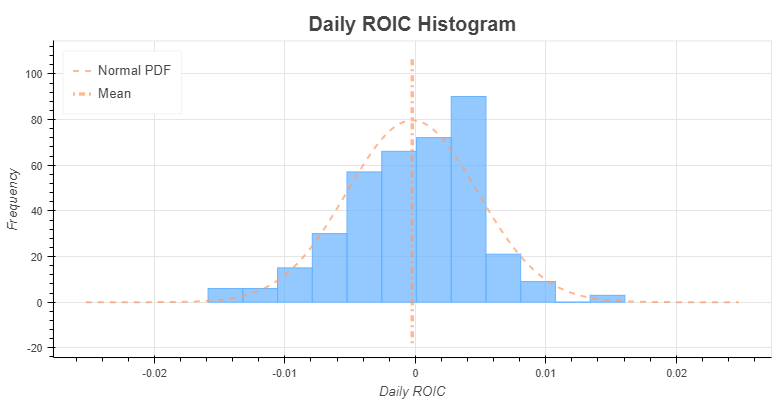 The plots above show that for the given parameters, the daily returns of the base strategy were pretty volatile and negatively skewed. PnL plummeted in the first week, and then oscillated at the level of -400. The Sharpe ratio of the base strategy was negative, and the trade win percentage was a little more than a half.

Table 1. Core Statistics of Base Strategy 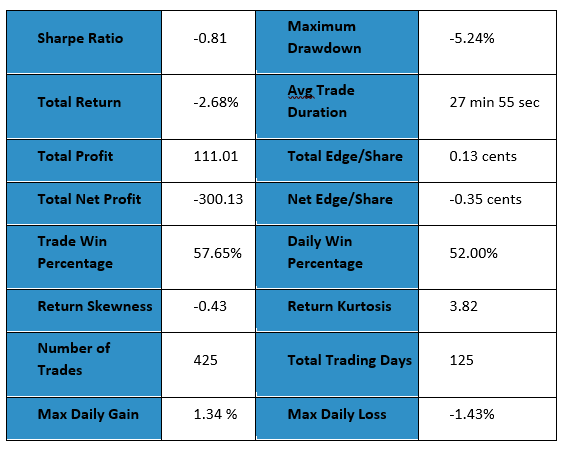 Choice of stop profit and stop loss levels would determine when to exit a position, affecting the duration and number of trades and strategy PnL.

The following backtest used the same parameters as the base strategy, except that the levels of stop profit and stop loss were set to 35 cents above and 50 cents below the entry price, respectively. The change was able to improve PnL and other performance indicators. 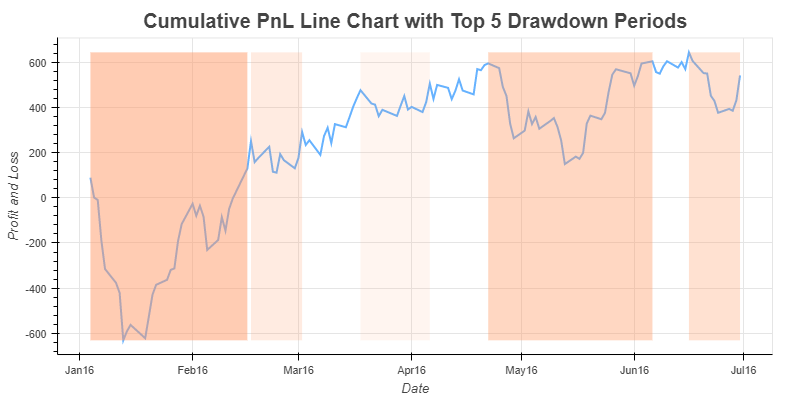 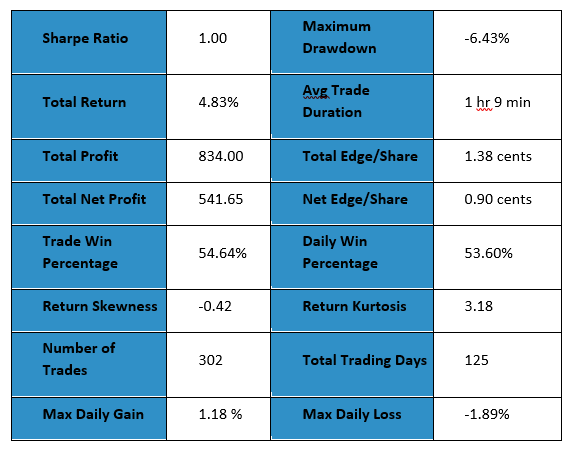 Instead of using constant values, we could also set stop profit/loss levels to be dependent on the TD Setup trend range. The TD setup trend (TDST) is the price extremes during the setup stage of the TD signal. The magnitude of this range reflects the volatility of stock prices in the time period of the signal recognition process. 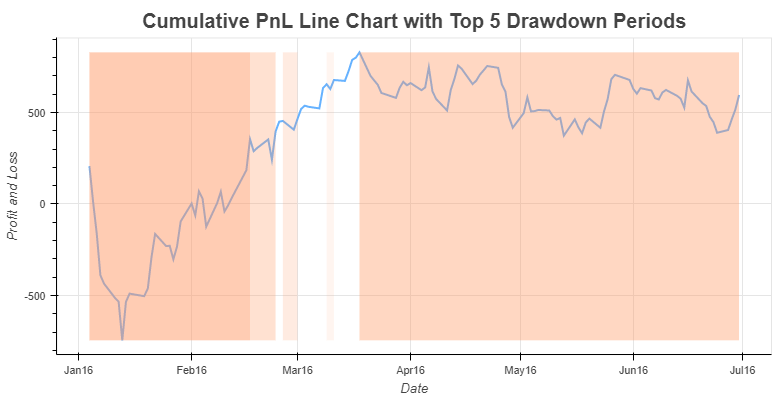 Compared with the base strategy, modifying the exit rule improved strategy PnL in the backtest period. Performance in February and March improved significantly. The daily return was less volatile in the following three months compared with the strategy using constant-level exit rules although the overall trend was slightly declining. However, the PnL drop at the start of the year still existed, and the strategy still had large drawdowns. 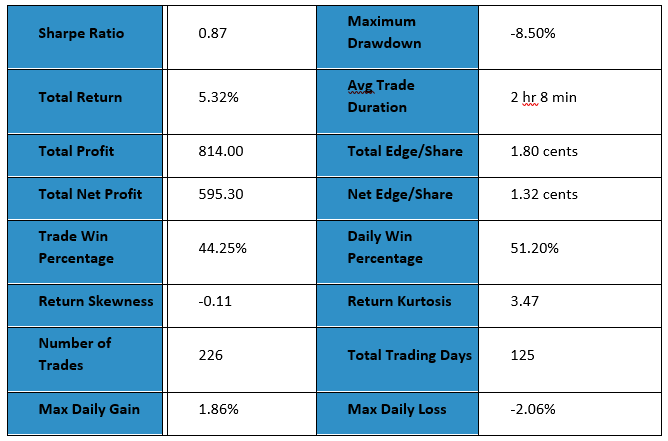 As could be seen from the chart above, the number of trades dropped by around a half after the exit rule is changed and the average trade duration increased greatly. Consequently, total commission paid was lower, and the magnitude of maximum daily gains and losses were higher. 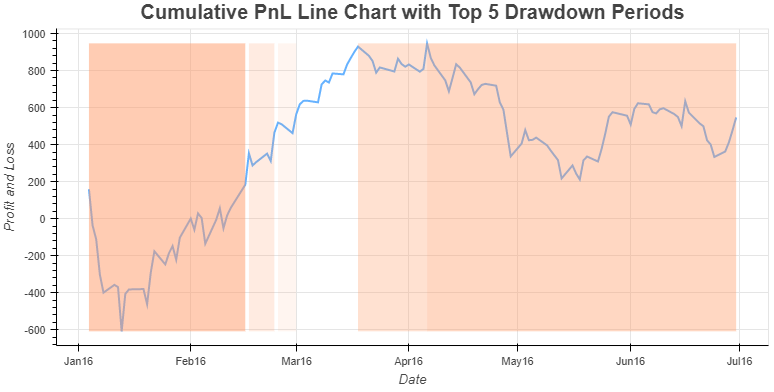 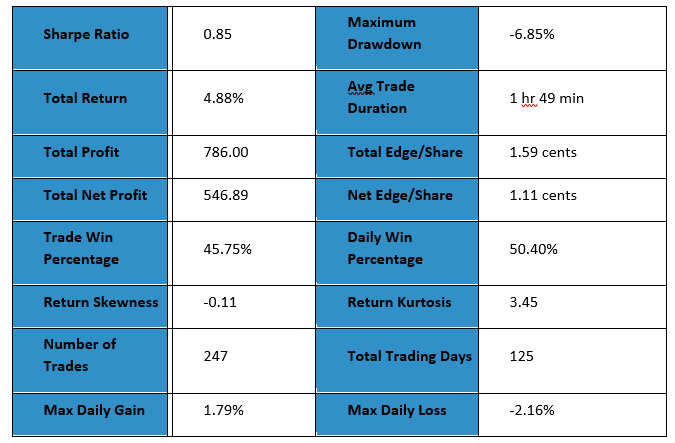 In this case, the number of trades increased from 226 to 247, but the Sharpe Ratio dropped from 0.87 to 0.85. Greater PnL was achieved in the first quarter, but there was also a greater loss in the second quarter. 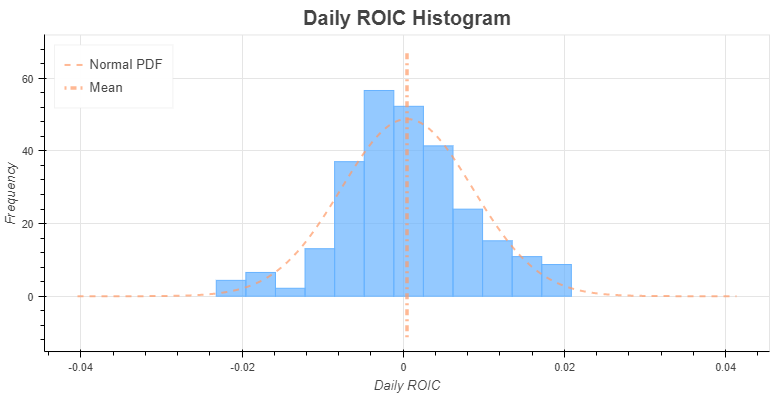 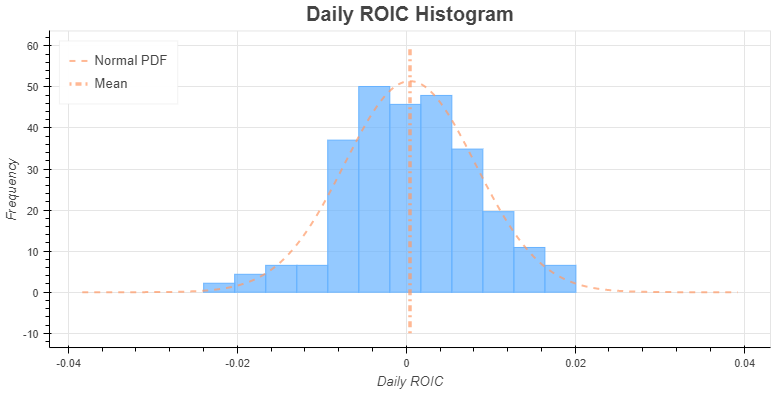 We could also change positions traded in the strategy instead of using constant values. For example, we could adjust positions so that a fixed percentage of capital is invested for each trade. Below is the backtest result where the percentage of traded capital was set to 20%. 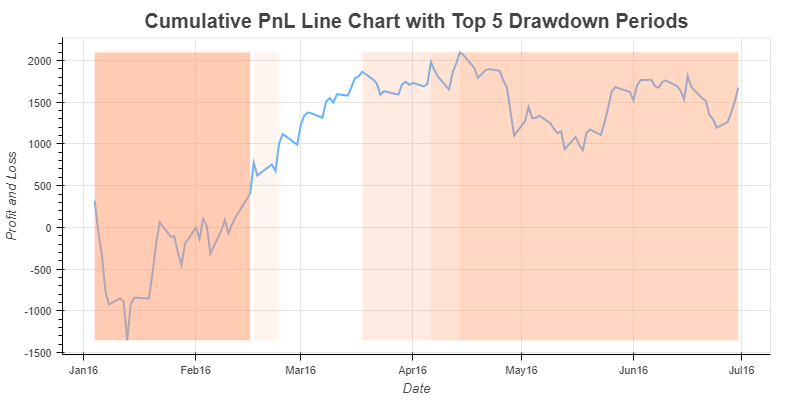 5. Adding TD countdown stage and more rules to the signal

Some details in the rules of the TD sequential strategy, including whether to execute the countdown stage for the determination of the trading signal, or to wait for a bear flip before entering a position, affects the length of the minute bars required for signal recognition and thus will have an impact on the strategy PnL.

The following strategy requires a new low to be reached in the last two bars of the setup stage before entering a long position, and uses TDST range to calculate stop prfit/loss levels. Result of the backtest shows that this additional rule doesn’t seem to increase the trade win probability, and the change in the number of trades and strategy PnL is minor. 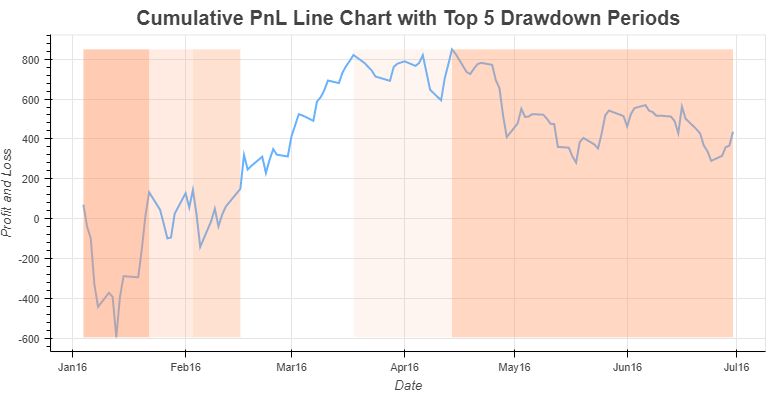 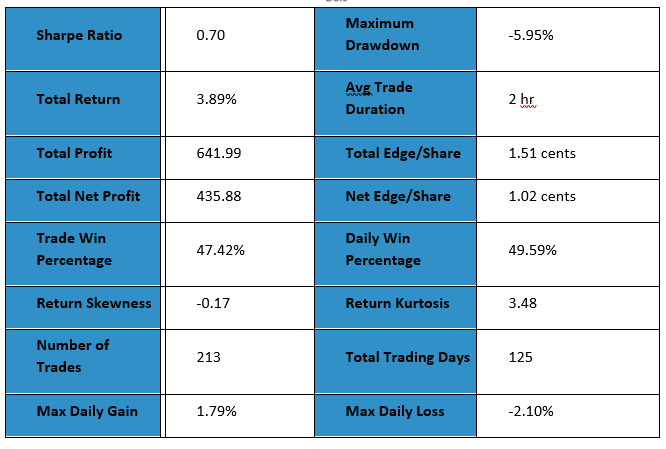 Adding countdown stage to the strategy greatly increases the length of bars required for buy signal recognition. Based on the result of the backtests, this step doesn’t help to increase the probability of recognizing a successful trade, nor does it improve backtest PnL.